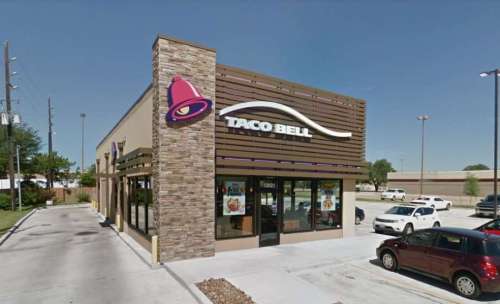 Lovers of chalupas and crunch wraps have spoken: Taco Bell is now bigger than Burger King.

The Mexican-themed chain eclipsed its burger rival in U.S. sales last year, becoming the fourth-largest domestic restaurant brand, according to a preliminary report by research firm Technomic. McDonald’s, Starbucks and Subway Restaurants held on to the top three spots.

Taco Bell’s systemwide sales — the total sales of restaurants that carry the brand — jumped 5 percent in the U.S. to about $9.8 billion in 2017. The company, owned by Yum! Brands, has made inroads with indulgent fare, along with $1 items that appeal to budget-strapped millennials.

McDonald’s, Taco Bell, IHOP and other chain restaurants have hidden health gems in their menus

Though Burger King has fared better than many restaurants brands in recent years, it hasn’t kept pace with its biggest burger rivals — McDonald’s and Wendy’s Co. — or chains like Taco Bell. Its domestic sales rose just 1.5 percent in 2017, according to the Technomic report, which will be finalized in March.

“They certainly continue to do pretty well, and bring out some interesting and new menu items,” Henkes said. “They’ve done a good job of connecting with the millennials and Gen Z.”